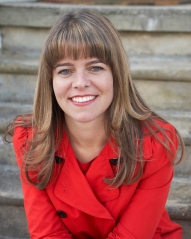 Following the guest post from Lisa Munoz at SPSP, this week we hear from Claudia Hammond, an award-winning presenter, writer and psychology lecturer, on why she thinks young researchers in particular should engage more with the media. In addition to being part-time faculty at Boston University’s London base, she presents All in the Mind on BBC Radio 4 and Health Check on BBC World Service, and is the author of “Time Warped: Unlocking the mysteries of Time Perception“.

In my many years hosting radio programmes for the BBC I have interviewed dozens of young researchers. When a new paper comes out, we like wherever possible to talk to the people who have done the research themselves instead of relying on a commentator. From our perspective it makes science programmes sound better, providing listeners with a direct link to the scientists.

So that’s what’s in it for us as broadcasters, but why should researchers bother? Scientists can sometimes feel frustrated that their work is misunderstood by the general public. Science literacy varies massively amongst the population and speaking about your work to the media can help to demystify it. All my work, whether making radio or TV programmes or writing books aims to make science accessible and to increase the understanding of the importance of evidence. Researchers themselves have a vital part to play in this and by doing interviews they can reach vast numbers of people in one go. BBC World Service where I host a weekly programme featuring newly-published health and medical research, has 44 million listeners.  If the public is to be expected to continue to fund scientific research they have a right to know how their money is being spent and this is a great way for scientists to get their message across about the importance of their research.

There can also be advantages for researchers themselves. Increasingly grant-giving bodies are making public engagement a condition of their grants, so it’s as well to start practising early in your career.

I also know of many situations where appearing in the media has led to new research collaborations. People often get in touch with me after they hear an interview wanting to contact someone they heard on my programme. When we have studio discussions the participants often exchange emails afterwards so that they can work together. I’m surprised at how often they are unaware of other researchers in the same field. It sometimes feels like a researcher dating agency, but it’s good to see people sharing their ideas.

Sometimes researchers worry about what their peers will think and to be honest, the secret to doing to a good interview is to imagine you are explaining it to a non-scientific friend. Don’t imagine your supervisor by your shoulder. You know your own work inside out and you can explain it. You’re not going to be asked questions which are so in-depth that you can’t answer them, but it’s important to consider the context of your research. Has this topic been in the news recently? How big is the problem that your research addresses?With a little preparation before an interview, you can have an impact.