Skip to primary content
This week on Research Heroes we have Robert S. Wyer who is visiting 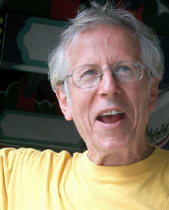 professor at the Chinese University of Hong Kong and Professor (Emeritus) at the University of Illinois, Urbana-Champaign. In addition to having recently been cited as having published the greatest number of articles in the Journal of Personality and Social Psychology in the 30 years since its inception, he has received numerous awards, including 2011 Distinguished Scientist Award from the Society of Consumer Psychology, the 2008 Distinguished Scientist Award from the Society of Experimental Social Psychology, the 1998 Thomas M. Ostrom Award for Distinguished Contributions to Person Memory and Social Cognition, and the Alexandr von Humboldt Special Research Prize for Distinguished Scientists. His research interest span social information processing, including knowledge accessibility, comprehension, memory, social inference, the impact of affect on judgment and decisions, attitude formation and change, and consumer judgment and decision making.

I wish someone had told me at the beginning of my career… That I’d still be doing teaching and research at the age of 77.

I most admire academically… Bill McGuire, who is regarded by many (including myself) as the most influential social psychologist to ever emerge in our field, has been my role model since the early 1970s and continues to be. Bill is well recognized as the true “father of social information processing,” and his early work in isolating the different stages of processing that underlie the use of information in making judgments was the inspiration for my own work. There is no need here to document his numerous empirical and conceptual contributions to the field; his influence cuts across not only social psychology but also political science and consumer behavior. But his more intangible contributions to my career have been profound.

McGuire was an editor of JPSP during the early 1970s and is still recognized as one of the best journal editors the field has seen. His ability to identify the good things about a paper rather than the bad things, and then helping the author to realize the paper’s potential, served as a model that I tried to emulate in two editorships I have had.

But an anecdote may suffice to convey the impact that he has had on my career and many others’. I was a very naïve young psychologist back in 1968; almost 6 years past my Ph.D., I was still floundering, and wondered whether anyone had even read any of the work I had done, to say nothing of whether they cared about it. During this period of self-doubt, I submitted a paper to the Journal of Personality and Social Psychology that Bill handled as editor. I cannot recall his reactions to the paper itself. However, he undoubtedly called attention to several instances of conceptual and expository sloppiness, because I wrote back a note apologizing to him for putting him through the ordeal of evaluating it. I immediately received a response from Bill that made my day and, ultimately, my career. I cannot recall his exact words, but they were to the effect that he and others had “assumed” that I knew I was a good psychologist, and that it was only in this context that they bothered to take the time to “carp” about the things he had noted in his review. Leaving aside the fact that his earlier comments were hardly “carps,” this was the first time that anyone, let alone someone as eminent as Bill McGuire, had conveyed any interest whatsoever in anything I had done. His encouragement to me at this critical point in my career gave me the self-confidence to persist. Many years later, it still inspires me during times of disappointment and self-doubt. It is perhaps for this, more than anything else, that I am indebted to this remarkable psychologist and equally remarkable human being.

The best research project I have worked on during my career… This is hard to say. One project I’ve always liked, however, was one that had minimal influence on the field, and concerned emotional communication in married couples. Galen Bodenhausen, Lisa Gaelick, and I had couples discuss a problem they were having in their relationship and then, in later sessions, identified significant things that one another had said and rated the love and hostility the statements conveyed. Two interesting findings. Partners typically tried to reciprocate the feelings they perceived one another to convey. However, persons accurately perceived the hostility that their partners conveyed but were inaccurate in perceiving expressions of love. One implication of this, of course, is that hostility escalated over time.

The worst research project I have worked on during my career… That’s also hard. I think that almost all research projects I’ve been involved in have been informative. My motivation to do research is to answer a question I think is interesting, and I pursue it until I have an answer that satisfies me personally, although perhaps not a journal editor.

The most amazing or memorable experience when I was doing research…. I don’t think it’s amazing but it’s memorable and repeats itself often—the experience of seeing graduate students’ excitement when they suddenly have a new insight into a phenomenon that they want to pursue. Witnessing this excitement and enthusiasm never ceases to be rewarding.

The one story I always wanted to tell but never had a chance… My mind is a blank.

A research project I wish I had done… This may be a null set. I have always pursued whatever interests I and persons working with me have at the time.

If I wasn’t doing this, I would be either a sportswriter or a jazz musician—areas I was excited about until my father convinced me I should go to college.

The biggest challenge for our field in the next 10 years.. No idea.

My advice for young researchers at the start of their career is to pursue their personal interests and to maintain the excitement about research that led them to get into the field in the first place. This is hard to do given the negativistic orientation that pervades journals these days. There is obviously nothing more discouraging than to do some research on a question that you are really interested in and come up with answers that you’re really excited about, only to submit it for publication and have it rejected because “it doesn’t make a contribution.” You have to have a thick skin and confidence in your own abilities and interests, and do NOT let journals dictate these interests.

I’ll close with a quote from Bill McGuire. After likening the search for knowledge to that of a boy who is lost in the woods, he continues:

“…if the empirical scientist is lost in a complex area, his pursuing the implications of any reasonable paradigm in a steady direction will probably led him to some ultimate clarification of the area. If instead he drops each theory as soon as the slightest negative evidence crops up, there results the danger that he will wander around in circles and not obtain any clarification. The researcher who keeps the faith and pursues his paradigm to ultimate enlightenment may find that there is a much better theory he could have chosen initially. But his persistence will also have demonstrated the truth of Blake’s proverb that “if the fool would persist in his folly, he would become wise.” (McGuire, 1972, p. 138)

That says it all.