Skip to primary content
Editor’s note: In this post, Troy goes beyond the surface to see if professors really have as few regrets as they claim, whether all research is equally valuable and how young researchers should spend their time. These important issues will also be explored in our week-long special “The 7 sins of consumer psychology”, starting on 7th April with each day uncovering a new sin. Stay tuned! 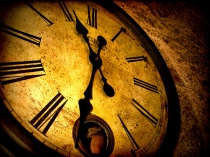 After many mentor lunches, doctoral consortiums  and interviewing professors for this blog, I have come across a common theme: many professors actually regret a lot.

Though the “Research Heroes” series on this blog has been full of interviews of professors saying more or less “I regret nothing,” this sentiment is not shared by many in our field. Since, it is unlikely that even 2% of the people reading this post will be as successful as the Research Heroes we have previously interviewed, it may be useful for us to listen to what other professors are saying (many who are also very successful).

So why do so many professors regret how they spent their time?  It comes down to one phrase: All research is valuable, but some research is more valuable. Many professors regret working on projects that had little impact theoretically or substantively, but were safe publications. Today those publications have few cites and no practitioner has ever lifted an eyebrow at the findings.

For anonymity’s sake I will not reference the specific projects professors deemed as their “unimportant projects” but the projects they mentioned shared a number of qualities. These qualities are: 1) the findings were idiosyncratic to a domain, 2) it was difficult or pointless to apply the findings in a practical way, and 3) the findings neither answered nor stimulated any interesting questions. Oddly enough, these weaknesses could have been identified before starting the project.

Literature, parents, and religion have taught us to spend our limited time on Earth wisely. And though we may apply this wisdom to how we live our lives, we are not always good at applying it to how we do research, often chasing an idea because we think “it will work” rather than thinking, “does it matter if it works.”

6 thoughts on “Viewpoint: Are you spending your research time wisely?”