Two of the biggest conferences of the season for InDecision readers are coming up soon: The Association for Consumer Research (ACR) and the Society for Judgment and Making’s (SJDM). We will be live blogging and live tweeting them, as well as providing pre and post coverage of the conferences, so keep an eye out for updates and exclusives with conference researchers and speakers. In preparation for these conferences we prepared a comprehensive “Conference Survival Guide.” 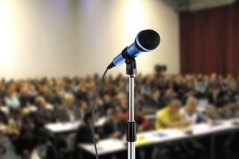 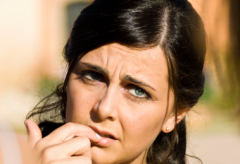 Can’t figure out what talks to go to? Finding you are losing interest in your own topics but love that trendy talk on virtual reality or green psychology? Just generally feeling lost?

Don’t worry: our expert panel has you covered here.

How to (Not) Network

Students: remember conferences are as much about peers as they are about professors. Peers are important, as we explained a little while ago on the blog.

“Off the record” many professors have been said that they hate it when people blindly come up to them at conferences and just grill with them with questions. Of course, not everyone does this and if you come up with good questions it can certainly sometimes work, but there are many professors who hate “networking antics,” so be careful how and who you approach.

Many successful professors have also told us they spent conferences staying up late chatting research and partying with peers not professors and these academics turned out more than just fine, so if you’ve got mad networking game, then go for it. But if it’s not your style, don’t worry: it’s not the end of the world.

One additional strategy for networking is walking around with someone who actually knows people – maybe that assistant professor you get along with so well at your school could help you?

And not simply because we will be live tweeting and blogging the conferences we cover, but because other people will be too—some of which you may already know. Twitter has now reached a critical mass in Academia such that twitter has become a useful tool and a source of entertainment. Remember, you don’t need to tweet, just follow people on twitter or type in the conference hashtag to look at what’s up.

For reference check out the top tweets from the Association for Psychological Science 2013’s conference. For ACR 2013, the hashtag is:  #ACR2013 and the conference handle is @AConsRes

Go to the Big Talks 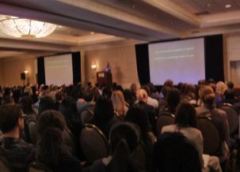 Why? Because sometimes they are always topical and good or bad, everyone will be talking about them. If you get lucky you might even get a repeat of ACR 2011 when a panelist literally turned to another panelists and said, “Maybe no cares about your type of research.”

Sometimes they can be truly fantastic and as energizing as a rock concert: we are all still tingling from Michelle Pham’s 2013 Society for Consumer Psychology lunch speech on the “7 Sins of Consumer Psychology”, which we’ve published in its entirety here. While it’s not quite the same magic as being in that electrified San Antonio room with the amazing Pham, it’s almost as good. If you don’t believe us, you can always watch this video of the speech instead:

Be A Positive Open Attendee

According to Professor Mike Norton, a person should never respond to another’s talk by saying, “Isn’t that just cognitive dissonance?”. Instead, Norton suggests “always be trying to build on people’s ideas.” The mindset he believes you should be in is, “That’s really cool and you know what else you could do is X.” More from Mike in the video below:

Remember: Many People Want to Help You

Here, Professors Leif Nelson and Simona Botti speak about how you should just ask people and professors for help if you need it (and watch until end for funny bit).

People in the field are likely to help you because they are nice. Alessandro Peluso even has a 2013 ACR presentation that shows people enjoy giving advice, so ask away.

Remember, feel free to ask us anything at InDecision and we will hazard an answer or direct you to someone who can better answer the question. Remember, we are one big team of researchers and teamwork should be part of our daily lives.